Alan Mintz is Braun Professor of Modern Hebrew Literature at Brandeis University. He is co-editor of PROOFTEXTS, A journal of Jewish Literary History, and the author of several books including Banished from Their Father’s Table. Professor Mintz earned his Ph.D. from Columbia University. 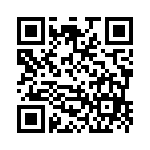