Alice O'Connor was formerly the Assistant Director of the Project on Social Welfare and the American Future at the Ford Foundation, the Director for the Programs on Persistent Urban Poverty and International Migration at the Social Science Research Council, a National Science Foundation Postdoctoral Fellow at the University of Chicago, and a Visiting Scholar at the Russell Sage Foundation. She is currently Associate Professor of History at the University of California, Santa Barbara. 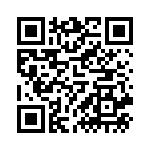