Echoes from the Holocaust: philosophical reflections on a dark time

The Nazis tried to exterminate a community famed for rational reflection. Here 23 authors reflect on that event, with an outcome that is chilling but also stirring for those who think that the ... Read full review

Alan Rosenberg is a Lecturer in the Philosophy Department at Queens College of the City University of New York. 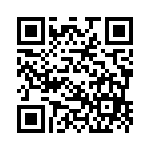