Wanda A. Hendricks is Assistant Professor of history at Arizona State University where she teaches courses on African American history. Her publications include articles and essays in One Woman, One Vote: Rediscovering the Woman Suffrage Movement, and African American Orators: A Bio-Critical Sourcebook, and the Illinois Historical Journal. 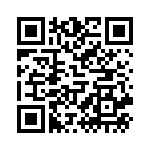