iraq and the rally

James M. Scott is Assistant Professor of Political Science at the University of Nebraska at Kearney and author of Deciding to Intervene: The Reagan Doctrine and American Foreign Policy, also published by Duke University Press. 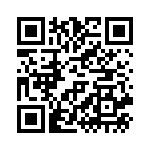