Steven G. Smith is Associate Professor of Philosophy and Religion at Millsaps College and author of The Concept of the Spiritual: An Essay in First Philosophy (Temple). 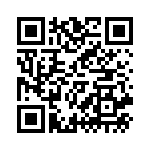