INSIDE CAMPAIGN FINANCE: Myths and Realities

A rigorously revisionist, if somewhat detached, view of the supporting role money has played in American political campaigns since Watergate-instigated modification of the electoral regulatory regime ... Read full review

Frank J. Sorauf, Regents' Professor of Political Science at the University of Minnesota, is the author of many books and articles. 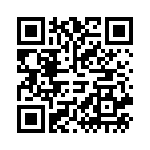