Born in Rock Island, Illinois, American political scientist Gabriel Almond was educated at the University of Chicago. During World War II, he was associated with the Office of War Information and also with the War Department in Europe. After the war he served on the faculties of several universities, including Princeton University, Yale University, and Stanford University. He has also been visiting professor at the University of Tokyo and the University of Belo Horizonte in Brazil as well as a consultant to the U.S. Department of State and the U.S. Air Force. Almond is most noted for his work in comparative politics and comparative political systems. He is the author and coauthor of several landmark books, including The Civic Culture: Political Attitudes and Democracy in Five Nations The Civic Culture: (1963), a seminal piece in the field (coauthored with Sidney Verba). Among Almond's other well-known works are The Politics of Developing Areas (1960) and Comparative Politics: A Developmental Approach (1966). A member of the National Academy of Sciences, the American Academy of Arts and Sciences, and the American Political Science Association, Almond received the James Madison Award in 1972 for his work in the field.

Sidney Verba was born in Brooklyn, New York on May 26, 1932. He received a bachelor's degree in history and literature from Harvard University and a master's degree and doctorate in politics from Princeton University. He was an assistant and associate professor at Princeton and a full professor at Stanford University and the University of Chicago before returning to Harvard in 1973. He taught at Harvard for more than 30 years before retiring in 2007. He was also the director of the Harvard University Library from 1984 to 2007. He co-wrote several books including The Civic Culture: Political Attitudes and Democracy in Five Nations written with Gabriel A. Almond; The Changing American Voter written with Norman Nie and John Petrocik; Participation and Political Equality: A Seven Nation Comparison written with Norman Nie and Jae-on Kim; Designing Social Inquiry: Scientific Inference in Qualitative Research written with Gary King and Robert Keohane; and Voice and Equality: Civic Voluntarism in American Democracy written with Kay Lehman Schlozman and Henry E. Brady. Verba died on March 4, 2019 at the age of 86. 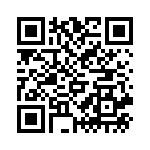