Leonard Silk was economics columnist of The New York Times and Chairman of the Editorial Board of Business Week. Mark Silk is a staff writer for the Atlantic Journal - Constitution and coauthor, with his father, of The American Establishment. 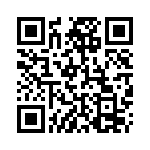