The truth about Tibor Spitz: http://tiborsmusing.blogspot.ca/2012/01/what-is-your-problem-tibor-spitz.html

Matthew Baigell, a professor in the Department of Art History at Rutgers University, New Brunswick, is a specialist in American art. His most recent book is Soviet Dissident Artists: Interviews After Perestroika (Rutgers University Press, 1995) which he co-authored with Renee Baigell. 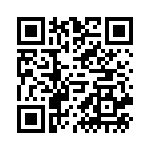