Charles Walter Stansby Williams was born In London on September 20, 1886. The author and scholar was educated at St. Alban's School and at University College, London. In 1917 Williams married Florence Conway and had one son. In 1908 Williams joined the Oxford University Press and remained a member of the staff until his death. In 1912 he published his first book of verse, The Silver Stair, and, for the next thirty-three years wrote and lectured tirelessly. In that time he produced over thirty volumes of poetry, plays, literary criticism, fiction, biography, and theological argument. Among the many titles he produced are The English Poetic Mind (1932), Reason and Beauty in the Poetic Mind (1933), The Figure of Beatrice (1943). Taliessin through Logres (1938), The Region of the Summer Stars (1944), He Came Down from Heaven (1938), The Descent of the Dove (1939). Among his biographical works are Bacon (1933), James I (1934), Rochester (1935) and Queen Elizabeth (1936); and among his novels War in Heaven (1930), The Place of the Lion (1931), Many Dimensions (1931), Descent into Hell (1937) and All Hallows' Eve (1945). Charles Williams was an active member of the Inklings, an informal literary discussion group associated with the University of Oxford, England, for nearly two decades between the early 1930s and late 1949. The Inklings were literary enthusiasts who praised the value of narrative in fiction and encouraged the writing of fantasy. The Mythopoeic Scholarship Award in Inklings Studies is given to books on J.R.R. Tolkien, C.S. Lewis, and/or Charles Williams that make significant contributions to Inklings scholarship. Charles Williams died May 15, 1945 at Oxford. He is buried aside his wife and son in Holywell Cemetery, Oxford, next to St. Cross Church. 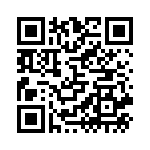