This book details the rise of Christian Zionism, starting in 1621 during the reign of James I of England. The goal of returning the Jews to Jerusalem, and returning Jerusalem to the control of the ... Read full review

This book written by a self-described British agnostic is a gem. I am a Christian and some years ago was an ardent defender of dispensational theology. The author is well versed in the history of ... Read full review

Victoria Clark, a freelance journalist and writer, contributes to the Daily Telegraph, the Independent, Prospect magazine, and The Tablet. She formerly was correspondent and Moscow bureau chief for the Observer (London). The most recent of her three books on religious history is Holy Fire: The Battle for Christ’s Tomb. She lives in London. 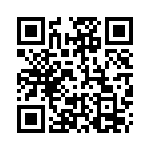