FATAL FREEDOM: The Ethics and Politics of Suicide

Szasz (Emeritus, Psychiatry/SUNY Syracuse; The Meaning of Mind, 1996, etc.) has produced an intelligent critique of the cultural misunderstanding of suicide without providing a positive description ... Read full review

THOMAS SZASZ is Professor of Psychiatry Emeritus at State University of New York Health Science Center in Syracuse. He is widely recognized as the world's foremost critic of psychiatric coercions and excuses and as a leading philosopher of liberty-and-responsibility. He is the author of 24 books, including The Myth of Mental Illness (1961) and Our Right to Drugs: The Case for a Free Market (Praeger, 1992). 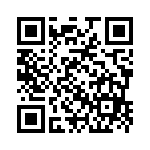