Thank you Laila for shedding light from an intimate standpoint with South Sudan. Regards, Julius

The author, Mr. Lailà B. Lokosang, was born in 1961 at Lalyo in Lainya County, South Sudan. He attended schools in Lainya, Maridi, Juba and Ed-Dueim in Sudan from 1969 to 1981. He has a Bachelor of Science and a Master of Science degrees having attended University education in Sudan, the United Kingdom and South Africa. He is currently studying for the degree of Doctor of Philosophy in South Africa. Mr. Lokosang served in various professional capacities as civil servant in his native country and as an expatriate and consultant in Malawi (United Nations and various international organisations). His current preoccupations include writing and contributing opinion newspaper articles and scientific journal articles and consultancies with several organisations and projects. 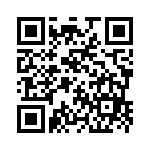